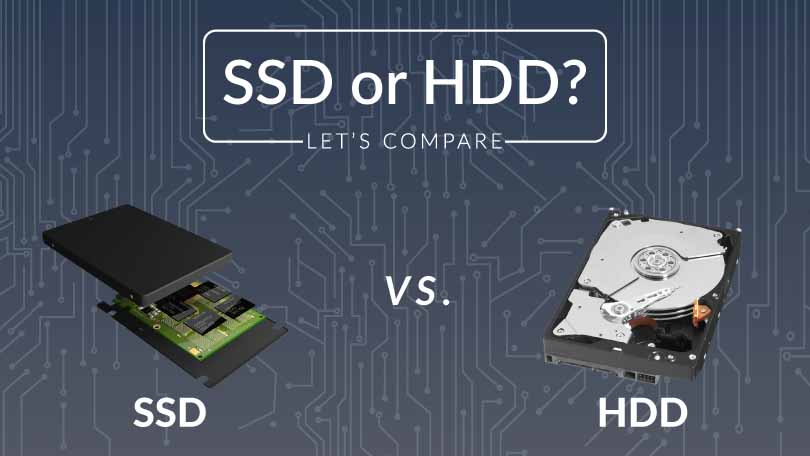 HDD vs SSD – What is different?

HDDs have moving parts while SSDs are essentially advanced flash memory. Due to their differences, SSD drives have faster read/write rates than hard disk drives, and hard disk drives cost less than SSD drives. Solid State Drives are better for demanding tasks requiring intense read/write speeds, such as gaming and video editing. HDDs are best for data archiving; they perform fine for basic tasks such as word processing.

Except for the last couple of years, SSDs have been out of the price range of most consumers and business owners. In previous years using SSDs had an astronomical cost.

It is now possible to buy a 1TB SSD hard drive for around $75. This significant difference now makes SSD hard drives a viable option for everybody.

Our article here compares NVMe drives. You can find the SSD comparison here.

What is a Hard Disk Drive?

A hard disk drive, or computer HDD, is a legacy magnetic drive with moving parts. The parts include a platter, spindle, and the read/write arm.

The platter on a hard disk contains data. Platters are from glass, ceramic, or aluminum, and larger capacity drives utilize multiple platters. Sectors, tracks, and cylinders organize data on each platter.

The spindle holds platters in place and simultaneously rotates them. The spindle keeps platters at a set distance apart from each other. Considering the average HDD revolves at 7,200 RPM, the spindles require robust construction.

The actuator inside a hard disk drive is a motor that takes instructions from the drive’s processor. The actuator moves the read/write arm into the proper position to read or write the data.

What is a Solid State Drive?

An SSD is flash memory consisting of a few components. Unlike a computer hard disk drive, an SSD contains no moving parts. The features inside of an SSD include SSD Flash, an SSD Controller, and an SSD interface, among others. Since an SSD does not contain moving parts, fewer possible fail points exist.

Finding a computer SSDs or an HDDs speeds can be confusing, and one should not rely much on the connection speed, usually 6GBPS.

While the connection speed is commonly used in the industry to compare rates, a hard drive will not deliver those speeds. The read/write speed is the most crucial statistic regarding HDD vs. SSD speed. A user should not expect the standard HDD write speed of 160 MB/s to match an SSD or NVMe drive.

As noted above, an SSD can deliver a read/write nearly 5x that of an HDD. An NVME drive is even faster with an effective write speed over 10x that of a hard disk drive. The order of speed goes HDD, SSD, then NVMe with the NVMe m.2 drive being the best choice for speed.

Maximum read/write speed is not essential for menial tasks, and one could get away with using a lower-speed drive for primary PC usage. A drive with faster read/write speeds is recommended for most power users.

Please note: Standard HDD types are designed for specific purposes. To find out which WD Drive series is best for you, check out our posts comparing the WD Drive Series.

SSD drives and HDDs have advantages and disadvantages regarding the hard drive life span. Some assume that because solid-state drives have no moving parts, they last a lot longer, which is not necessarily true.

SSD drives typically have a factory guideline for the lifetime of the NAND, which is the technology used by SSD drives. NAND cells degrade with every write on the SSD drive. If you rarely place new files on your drive, the SSD will last a long time. An opened-up SSD looks like a circuit board.

An HDD relies on moving parts for the drive to function. When data is written or read, the mechanics read the spindle within the drive, and it would only take one moving part to fail to render the drive useless. When opened, a hard disk drive contains platters, a spindle, an R/W head, an actuator arm, an actuator axis, and an actuator.

One would expect an SSD to outlive a standard HDD drive with everyday use.

Reliability has advantages and disadvantages with both SSDs vs. HDDs. In most cases, a solid-state drive will be more reliable.

One thing to keep in mind is a hard disk drive is easier to recover data from if ever needed. Due to the HDD’s long enjoyment as the go-to choice for storage, several technologies are available for data recovery.

That said, it is imperative to keep backups of all your data, whether using an SSD or HDD.

Hard drive or SSD for Laptops

Replacing a spinning hard drive for an SSD in your laptop can significantly improve your performance. The first performance consideration comes from the improved battery performance an SSD will use over an HDD. An SSD has no moving parts, while a standard hard drive has a spinning disk. The spinning disk in legacy hard drives will quickly drain your battery.

Using a standard hard drive in a laptop also comes with the risk of drive failure. Even though nobody will ever admit to dropping their computer, doing so can have disastrous consequences for your data. Since a standard legacy drive contains moving parts, dropping your laptop can destroy the moving parts, resulting in a costly mistake. SSDs do not contain moving parts; thus, dropping them has a shallow risk of hard drive failure. With this in mind, using an SSD on your laptop computer is typically recommended.

Better for servers – SSD vs. HDD?

Whether you are best suited to use an SSD or HDD in your server depends on the server’s primary purpose. An enterprise may use a combination of Solid-State Drives and Hard Disk Drives in their build. On the other hand, a home server is more likely to use only hard disk drives. The answer to which technology one is to use also depends on a budget of the build.

What type of drives should I use in a home server?

In a home server build, it is common to find only hard disk drives. The reason for this is the cost and the generous sizes available with today’s HDDs. For example, the WD Red consumer-grade NAS storage drives offer 14 TB of space for only around $250. While a home user could potentially suffer from the slower transfer speeds on a legacy hard disk, this can be mitigated by using a RAID array. A RAID array can help offer some redundancy and speed increases depending on if RAID is used to mirror or parity the disks.

A RAID 0 array will spread a partition out and use two disks for the size of 1. While this will effectively double the speed of your drives, you will be limited to the capacity of one drive while using a RAID 0 array.

A home user can utilize a RAID 1 array if redundancy is the goal. A RAID 1 array will still effectively use the space of 1 disk; however, each disk will be a copy of the other. With a RAID 1 array, there is a fault tolerance of 1, meaning you can swap out a faulty drive for a new one with no data loss.

Suppose a user intends to boost performance and also obtain some redundancy. In that case, a RAID 5 array will allow a fault tolerance of one. The minimum amount of disk drives for RAID 5 is three, which would give a fault tolerance of one while also increasing speeds. Noticeably, the cost of drives increases as one uses more advanced RAID levels.

What type of drive should one use in an enterprise server?

It is not uncommon for an enterprise server to utilize a combination of HDDs and SSDs in a server. The reason for this is twofold. On the one hand, hard disk drives offer a lower cost for more storage. At the same time, solid-state drives offer better speed and performance. The speed and performance differences between SSDs and HDDs are very noticeable. An enterprise server is best when it uses the best of both worlds.

An enterprise should use solid-state drives for the operating system and intensive applications. The read/write rate of an SSD can be 5-10 times the speed of legacy hard disk drives, depending on if an NVMe or standard SSD is used.

Using standard HDDs in a RAID array for static storage is typical. The need for lightning-fast read/write speeds for static file storage is unnecessary. Hard disk drives offer more storage per dollar, and with a RAID array, redundancy can be achieved.

Gaming – Is it best to use an SSD for gaming?

A solid-state drive will significantly increase performance when used in a gaming PC. The newest games require thousands of reading and writing operations every second, resulting in massive file transfers. Standard HDDs cannot handle this type of load without long loading times. One would notice a PC performance boost due to the HDD vs SSD speed by upgrading their hard drive to an SSD or NVMe m.2 drive. With storage costs being so low, there is no reason not to upgrade your drive.

Games take up a sizable amount of storage space. For instance, Call of Duty: Black Ops Cold War takes up 250 GB, while Call of Duty: Modern Warfare requires 231 GB of disk space. If an end user plays multiple games, the storage space on your SSD will quickly disappear.

One would be wise to evaluate the amount of space their games would occupy on a solid state or NVMe drive. Considerations should be made to ensure the purchasing decision is sound and that upgrading to a larger drive is unnecessary in a short amount of time. After all, who wants to end up downloading sizable game files multiple times because your storage is inadequate?

Many people who play games on their PC also tend to use their computers for other tasks. One option to cut back on storage costs is to use multiple drives. It is possible to use an SSD drive for gaming and the operating system while installing a hard disk drive for other file storage.

SSD vs. HDD: Wrap up

SSDs and HDDs have their purpose in the market, and HDDs still offer the least expensive cost per GB.

It is becoming more apparent that the days of the HDD are numbered. Between 2013 and 2018, HDD shipments fell more than 50%, from 289 million to 124 million. As new NAND technology is developed, the need for an old spindle-based storage system is fading.

One thing to consider is the speed at which new computers can process data; HDDs are limited in performance possibilities.

Running a computer with an SSD is much faster than a standard HDD. That said, there is a case for using solid-state and hard disk drives. Using an SSD for the operating system and an HDD for file storage is becoming more common. If you have the budget and proper backups, the benefits of using SSDs are apparent.

Which HDD, SSD, or NVMe to buy?

Based on the specifications, we have compiled below a list of the best-performing drives for the price to purchase. 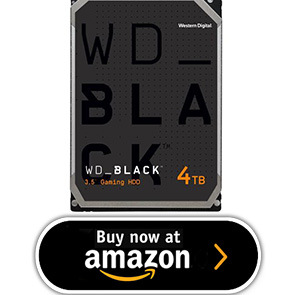 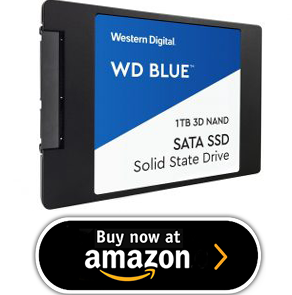 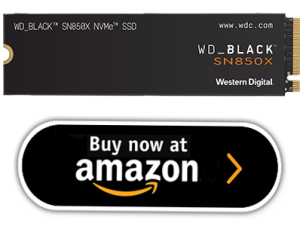 « What is an NVMe Drive and which one should I buy?
WD Blue vs. Black vs. Purple, Red, & Gold »
Leave a Reply Cancel reply